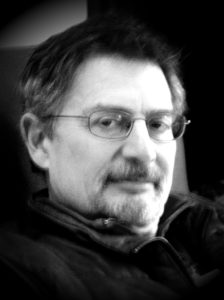 I have been closely involved with EMDR since 1990, after I found it to be profoundly helpful with a veteran client just using the description in Shapiro’s first articles. I soon took training with Shapiro, and then began assisting in her training seminars. I was actively involved in research, as well as in publishing and presenting responses to ill founded criticisms of EMDR in its early stages, before it was  universally accepted as “evidence based” by official evaluating organizations. My extensive survey of EMDR clinicians was included as an appendix in the first edition of Shapiro’s text, and is reprinted at my web site. Other  EMDR papers, some published  and some only available at this site, are in the Resources section.
In addition to EMDR activity in my VA career, I have also been involved with teaching and consultation nationally and internationally, offering services in places including Bangladesh for the UN, Oklahoma City (after the Murrah office building bombing) and NY after 9/11. I have presented on EMDR at various conferences, including an invited address at an American Psychological Association Annual Meeting. I am an EMDRIA “consultant”, and on the editorial board of the Journal of EMDR: Practice and Research.

I have a BSEc in finance from the Wharton School of the University of Pennsylvania and a PhD in clinical psychology from St. Louis University. I’ve been a licensed clinical psychologist since 1977. My first job, for a year, was as the director of a community mental health center in Franklin, Ohio. After moving back to the  Chicago area, I worked in the VA until 2009. At various times I was a team leader and psychologist on an acute and chronic inpatient units, director of an in-patient PTSD program, team leader of the in/outpatient PTSD clinical team. ( I was at the VA a long time.) Other work included EAP service, consultation, intern training, and teaching. Now I have an  small private practice and  offer both paid and pro bono consultation to therapists who work with veterans. I also still do both paid and pro bono consultation, especially for therapists who work with veterans. I also offer programs on anger prevention, forgiveness and EMDR to the mental health professionals and the general public.

It is also worth mentioning that I am a contributing editor for StressPoints, the newsletter of the International Society for Traumatic Stress Studies (ISTSS) and work on the feature Trauma and World Literature